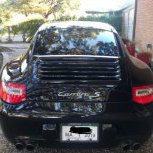 Help with PCM3 and switching to HFP bluetooth