Change from miles to km 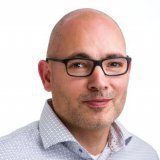