Routing a wire through the firewall 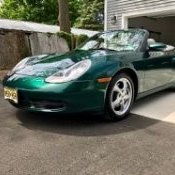