Top Posters In This Topic

In my research I found that when its gone its gone. Mine stumbled for a couple of days and then would not start, at all. The plastic part is merely a way to get the cam drive on while trying to stab t

Wow that is exceptional. I didn't even give it a thought because of age and miles. Good for you. You'll be up and running before you know it. Not sure if you can do it or how the voucher works but I h 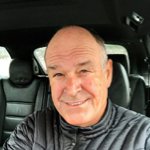 Love this place. Lots of window shopping on their website. Been waiting to need something from them and think now is the time. I hope they take the voucher. Their rebuilt pump incl. core charge is the